I planned this event for ages 7-12 as part of our Dig Into Reading Summer Reading Program. I thought Wonderland fit the theme as it's "down the rabbit hole." 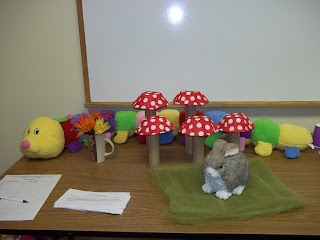 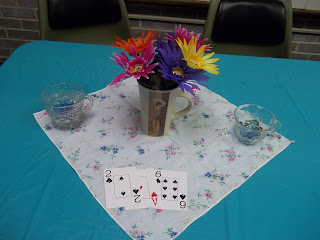 The event lasted about one and a half hours. 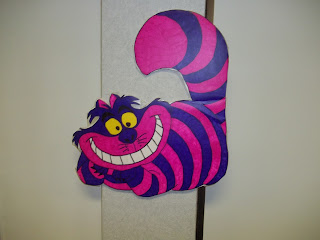 The tea party was first. I served cookies, cheese crackers, lemonade, and green tea. As they were eating, I read some poetry from the original Alice books. 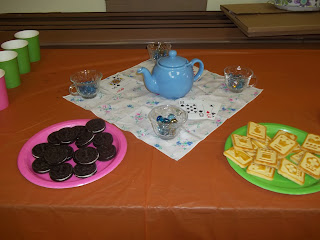 After eating we moved on to the craft portion. We made two crafts: Mad Hatter Hats and Mome Raths. The idea for the Mad Hatter hats came from a post on the now defunct Imaginary Librarian blog. The Mome Raths came from here and I used the adaptations that Amy suggested. 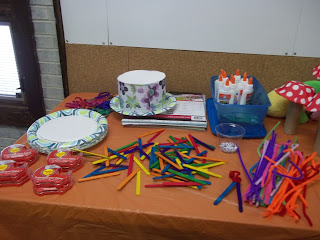 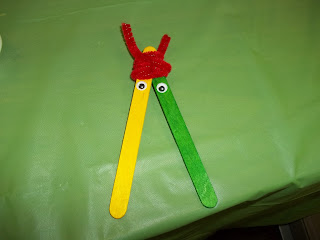 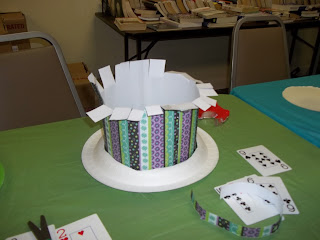 After the crafts, it was time for some games. First, we had a Caucus Race. I played the song from the Disney Animated film and the kids raced around the room. Then we had a dormouse hunt. I had a stuffed mouse hidden under one of twenty four cups. After that we did a card toss. The kids tried to toss playing cards into a straw hat. We also played ninepins or lawn bowling which was as close to croquet as I could come. 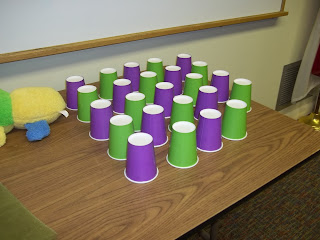 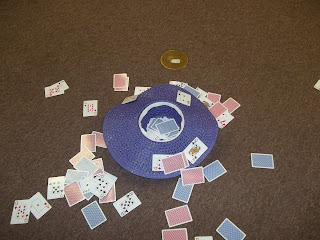 I held three of these events during July with a total attendance of 19. Of that number, 11 were children. After the low attendance, I wish I had just used the event as one of my weekly themes.
Posted by Bridget R. Wilson at 8:45 AM 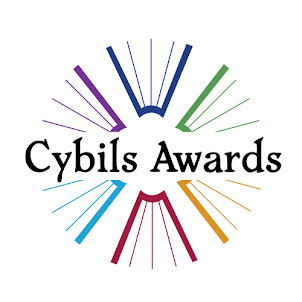