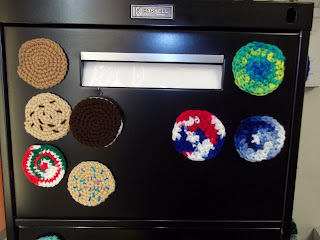 Sometimes I like to do a cookie theme in December. The first week of that month is Cookie Cutter Week. The cookies are crocheted and they are a gingersnap, chocolate chip, Oreo, Christmas, and sugar cookie with sprinkles. (Please ignore the balls lurking off to the side of the cookies.) You could make the cookies to suit any theme or season. There are tons of 5 Five Little cookie rhymes available online or you can always write your own.

To make these cookies I used a free crochet pattern from www.beansproutcreations.com. For some reason this website is down. There are other free patterns available if you're so inclined. As with all my crocheted items, these have magnets on the back.


Lisa has the round up this week.

Being a rabbit, Jasper especially likes carrots. Luckily for him, they grow wild in Crackenhopper Field. His fondness for carrots doesn't diminish until he notices they've taken to following him.

What I thought: A fun story! I can't wait to use it in storytime. It's a spooky story without being scary because really how scary can carrots be? Peter Brown's illustrations are wonderful. I love the shades of gray with only the carrots for color. My favorite illustration is the last two-page spread (cheering carrots). I could also use Creepy Carrots! in storytime around Halloween. Maybe pair it with Dr. Seuss's What Was I Scared of? and The Berenstain Bears and the Spooky Tree.

Posted by Bridget R. Wilson at 7:00 AM No comments:

The Black Rabbit by Philippa Leathers

Summary from the Dust Jacket: Rabbit doesn't know what to do. There's a mysterious black rabbit following him around. Rabbit tries to run and hide, but the black rabbit is always there. Why won't he go away?

What I thought: Reading The Black Rabbit prompted me to plan a Shadows storytime for February, I wonder if my storytime kids will guess correctly who or what the black rabbit is. The illustrations are nicely done. I especially the rabbit. The wolf is quite scary.

I used the patterns provide by Rachel Moani to make this set. (I'm having problems linking to the post at the moment.) This set is based on Monkey Face by Frank Asch. I look forward to using this set for either a jungle theme or a Mother's Day theme. It would also work well for a general love theme which ties in well with Valentine's Day. 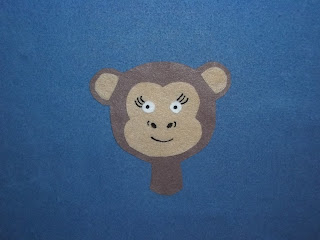 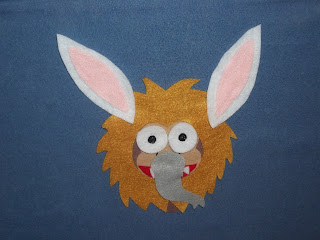 Melissa has the round up this week.

#FlannelFriday: "I Made Myself a Snowball" by Shel Silverstein

This set was inspired by Alison's at Miss Alison Is Blogging. She kindly gave me permission to use her photos as a template (ages ago). These pieces (snowball, pajamas, pillow, blanket, and wet spot) go along with Shel Silverstein's poem "I Made Myself a Snowball" from his collection Falling Up. I think this would be especially good to use with early elementary age kids. 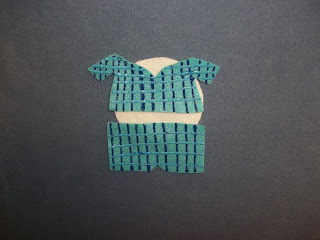 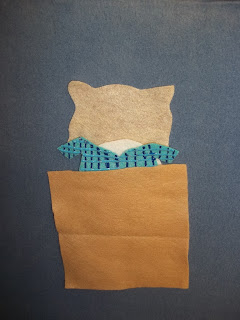 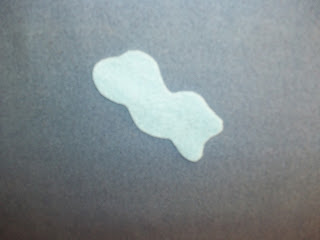 Kathryn has the round up this week.

It seems a bit silly to be posting about a holiday event in January, but the ideas could be used tfor a generic Harry Potter Party Year Round. 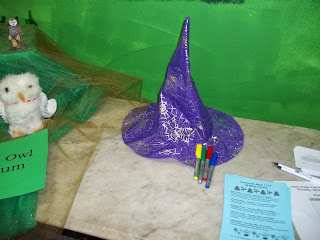 Teens were encouraged to come in fancy holiday attire or as their favorite characters. As they arrived, I sorted them into houses. They drew a colored piece of paper from a witch's hat. I used a marker to put a colored dot on their hands to correspond to their houses. They were then seated at houes tables. 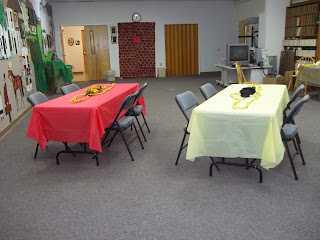 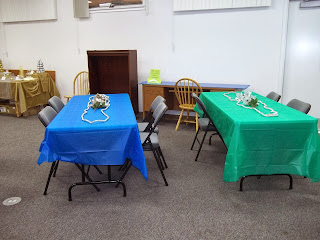 We enjoyed refreshments while playing Harry Potter Jeopardy. The refreshments were Bertie Botts Every Flavor Beans, Licorice Wands, Lemon Drops, Pumpkin Bread, Cheese, Crackers, and Butterbeer. Nobody liked the butterbeer. Luckily, we had soft drinks left over from November's event. Next time, I'll test out recipes in advance. 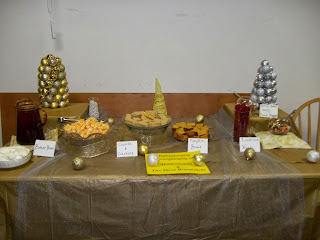 I sent out an SOS on PUBYAC in 2012 when I first started planning my Harry Potter event. Fellow librarians graciously shared their Harry Potter Jeopardy PowerPoints with me. I used these as well as the Harry Potter Lexicon to come up with 3 rounds of Jeopardy. The questions were strictly book based and my teens were not hard core fans so we had a lot of passes. 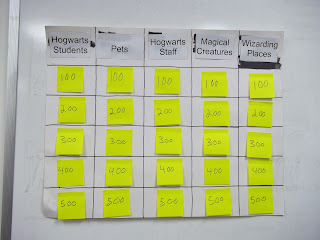 After eating and playing Jeopardy, the teens went on a Horcrux scavenger hunt in the library. I saw the idea on Pinterest. I gave them a list of the items to find and told them to think out of the box. I only gave them clues when they got stuck.

I had 2 craft options, but we ended up running out of time. The crafts were a Whomping Willow paper sculpture and an origami Christmas tree.

I had several photo ops set up around the room: Eeylops Owl Emporium, Platform 9 3/4, and a Christmas tree. 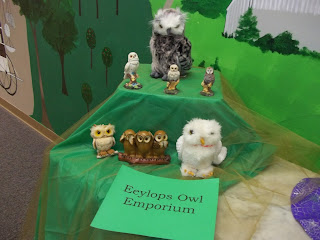 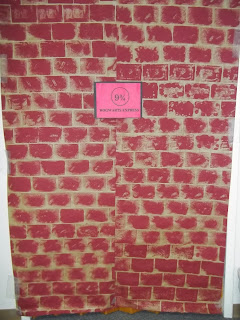 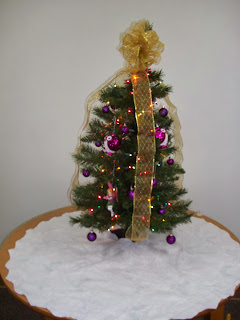 I also had a few other game ideas that we didn't get to: Dobby the House Elf Sock Toss (I found a picture somewhere online that talked about this game, but can't locate it now.), Weasleys' Wizard Wheezes, and a Magical Creature Hunt.

Need more party ideas? Check out my Harry Potter Party Pinterest Board!
Posted by Bridget R. Wilson at 6:00 AM No comments: 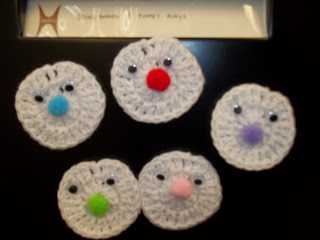 These are just crocheted white circles to which I added wiggle eyes and colorful pompom noses. I use them with a variety of Five little snowmen rhymes that I changed to say snowball. I think these would be fun to make out of felt. You could even add funny faces with puff paint.

Anna has the round up this week.