The boys (ages 4-8) are invited to come in costume. We start off with some pirate words. I ask them if they know any and then I share a few more.

After that, I read Henry & the Buccaneer Bunnies by Carolyn Crimi, share poems from Shiver Me Timbers by Douglas Florian, and talk about famous pirates as mentioned in Pirates by Greg Nickles, Bobbie Kalman, & Barbara Bedell. 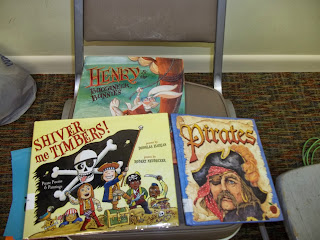 After reading we play one or more group games: Tick, Tick, Tock (like duck, duck, goose, but with a nod to Peter Pan's Captain Hook), Sink the Ship (two teams lob paper balls at each other. The ship that takes the most hits loses.), and Musical Islands.

After the group games, the boys are free to make their own treasure map, play several games, and look at a display of pirate books. 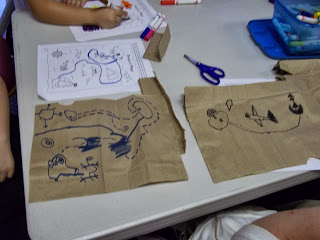 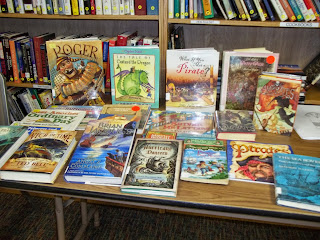 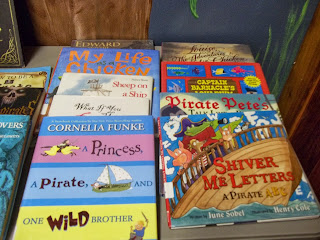 Pin the Eye Patch on the Pirate 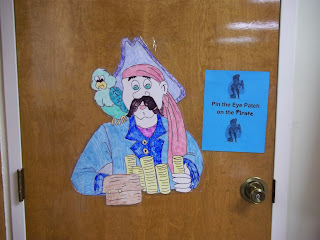 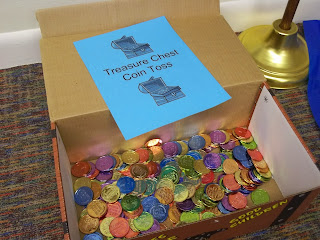 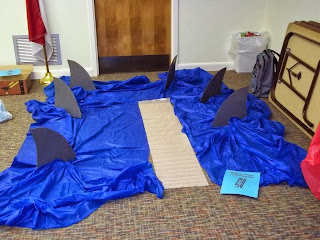 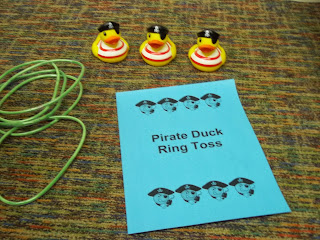 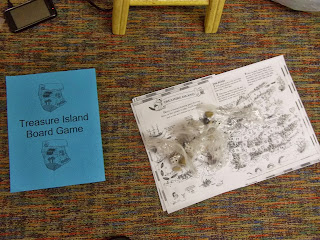 As the boys left I gave them a Little Critter Pirate Paper Doll.
Posted by Bridget R. Wilson at 6:00 AM